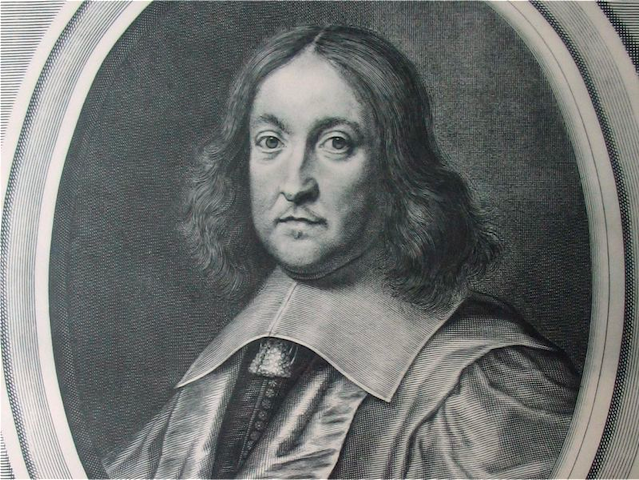 You may be familiar with Pythagoras’ Theorem. This simple yet significant theorem is a staple in secondary education around the world and oftentimes your best friend when it comes to geometry problems.

This simple theorem is backed up with many simple and elegant proofs easily understandable by anyone who can understand the theorem itself. This is exemplified by this rearrangement proof:

See how the the yellow areas in the first diagram can be rearranged to form the second diagram and how this proves Pythagoras’ Theorem.
Now, there are some integers that satisfy Pythagoras’ Theorem. These are referred to as Pythagorean Triples and there is an infinite amount of them (Why?). Some small examples include (3,4,5), (5,12,13) and (8,15,17).
Finding Pythagorean Triples is an example of solving a Diophantine equation – equations which have positive integer solutions for all variables. Unsurprisingly, Diophantine equations are named after Diophantus who developed methods for solving such equations. Looking at Pythagoras’ Theorem leads us to consider other similar Diophantine equations such as what if we replace the power of 2 with another integer, perhaps 3. Would there still be positive integer solutions? The somewhat surprising answer is no. It has no integer solutions. Of course, there is a proof for this however it is much too long to fit into this article. If you are interested, they may wish to Google this themselves. This brings us to a more general case. For which positive integer values of n does  have positive integer solutions? And thus, Fermat’s Last Theorem states: 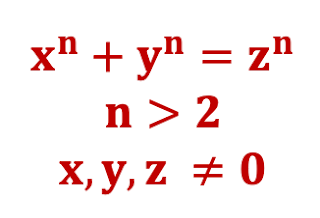 Has no positive integer solutions
Pierre de Fermat was a French lawyer and “amateur” (I say this as Maths was his hobby, not his profession) mathematician living in the 17th Century. Fermat was known to be cheeky and very secretive about his proofs. He would send letters containing theorems to other mathematicians claiming that he had proved them and challenging the recipient to as well. Fermat’s Last Theorem was first discovered scribbled into the margin of a copy of Arithmetica (by Diophantus). In that margin, Fermat claimed that he had proved the theorem, but the margin was too small to include the proof. After much searching, Fermat’s proof was never found. Thus, a three-hundred-year race to prove one of mathematics’ greatest mysteries began.
The labelling of Fermat’s Last Theorem as a theorem rather than a conjecture before it was officially proven was quite controversial. A mathematical statement is only a theorem if it has been proven. However, this was defended by saying that Fermat had actually proved the theorem – the proof is just unknown by everyone else.
Over the years, many incentives have been created for proving Fermat’s Last Theorem. The French Academy of Sciences offered prizes in 1816 and 1850. The Academy of Brussels offered a prize in 1883. The Göttingen Academy of Sciences offered a prize of 100,000 gold marks in 1908 courtesy of Paul Wolfskehl. Despite the multitude of prizes, the greatest incentive of all in proving Fermat’s Last Theorem was the prestige and honour of proving something that stumped some of the best mathematical minds ever to have lived.
Initially, mathematicians tried to prove specific cases of Fermat’s Last Theorem. Fermat himself proved the special case n = 4 and established that if the theorem is true for a given prime number then it is true for any number divisible by that prime. By 1839, after two-hundred years, the theorem had only been proven for the primes 3, 5 and 7 mostly attributed to a breakthrough by Sophie Germain. The next breakthrough was in 1850, Ernst Kummer proved that Fermat’s Last Theorem was true for all regular primes. Unfortunately, the definition of a regular prime is too complicated to include in this article, but it is conjectured (but not proven) that at least half of all primes are regular. By 1993, the theorem was proven for all primes less than four million with the help of computers.
When the next big breakthrough occurred, it was in a seemingly unrelated field. In 1955, Goro Shimura and Yutaka Taniyama conjectured that there may be a link between completely unrelated branches of mathematics elliptic curves and modular forms. This became known as the Taniyama-Shimura conjecture. At the time, many mathematicians considered this conjecture impossible to prove. In 1984, Gerhard Frey suggested that there was a link between the Taniyama-Shimura conjecture and Fermat’s Last Theorem. This link was proved by Ken Ribet in 1986.
Now, all one had to do was prove the Taniyama-Shumura conjecture to prove that Fermat’s Last Theorem was true, which is exactly what Andrew Wiles did.
Andrew Wiles is a British mathematician who had previously worked on elliptic curves and had been fascinated by Fermat’s Last Theorem since he was ten years old. Wiles spent six years secretly working on the proof of Fermat’s Last Theorem. He finally presented his work in a series of lectures in 1993. This was obviously huge news in the mathematical world. However, before the proof was to be accepted, it had to be thoroughly reviewed. Many mathematicians picked up on a critical error in the proof. Wiles worked on the proof for another year before finally being able to correct the mistake and publish his proof in 1994.
Wiles’s proof is incredibly complex so naturally it will not be included in this article. Since the mathematics used was much more advanced than anything that existed during Fermat’s time, many speculate that Fermat didn’t actually have a valid proof. Whether he purposely fooled everyone or whether he actually believed that he had a proof is up for debate.
For his efforts, Wiles was awarded a plethora of accolades including a special prize from the International Mathematical Union (in the place of a Fields Medal due to Wiles being over the age limit) and an offer to model for the Gap (which he declined).
Though Fermat’s Last Theorem may be pretty insignificant to our everyday lives, it is a demonstration of how mathematics has grown in the 358 years between its posing and its proof.

Sources:
Fermat’s Last Theorem, Simon Singh – If you were intrigued by this article, I highly recommend that you read this
Image of Pierre du Fermat; François de Poilly, Wikimedia Commons