Algebra Through The Ages 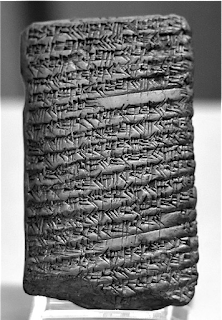 Algebra is such a staple in Mathematics today. It is so prevalent that the concept of algebra i.e. representing unknown values as abstract symbols rather than numbers feels so natural. It is one of the simplest and most utilised weapons in a mathematician’s toolkit. In this article, we will explore the roots of algebra and discover the many contributions to its formalisation all over the world.

The earliest known usage of algebra is by the Babylonians around 2000 BC. Using tables and clever geometry – a Babylonian mathematical – the Babylonias could solve quadratic equations. Their methods consisted of step-by-step instructions in dealing with equations of certain forms. The Babylonians actually managed to derive the quadratic formula albeit a very informal version without any of the symbols we use today. 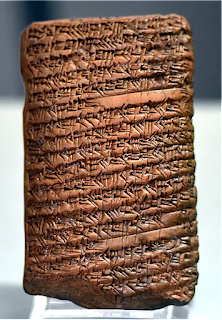 There is also evidence of algebra from ancient Egyptian texts circa 1650 BC. Texts from that time, such as the Rhind papyrus, showed that the Egyptians could solve linear equations and simple quadratics in simultaneous equations. An example of this would be finding the length and width of a field given the perimeter and area. However, at this time, the symbol notation we know today was not used. The equations were solved much more informally through verbal means. 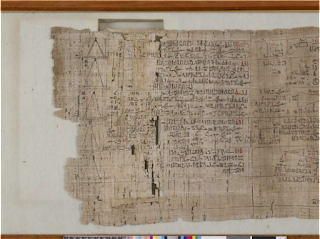 The concept of algebra was also present in Greek mathematics, though like the Babylonians and Egyptians, there were no modern symbols involved. Greek “algebra” included using proportions and finding unknowns in geometry (such as in Pythagoras’ theorem). One stand out Greek contributor was Diophantus who devised systemic symbolism for polynomials. These symbols were nothing like the ones we use to represent polynomials today. They had Greek letters that represented each number but no method for representing abstract coefficients. Diophantus was also known for finding positive integer solutions to various equations (known today as Diophantine equations).

Around 800 AD, Muhammad ibn Musa al-Khwarizmi wrote the seminal “al-Kitāb al-mukhtaṣar fī ḥisāb al-jabr wa-l-muqābala”. This was translated into Latin as “Algebra et Almucabal”. The Latin translation of this text was where the term algebra was coined. This text had systematic methods for finding the roots of various different quadratic equations as well as geometric justification (e.g. completing the square). Again, at this point in time, modern symbols were still not used. 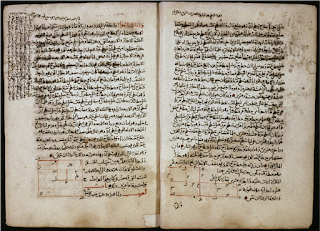 During the 13th Century, Leonardo Picsano AKA Fibonacci wrote “Liber Abbaci” or “Book of the Abacus” which translated the concepts of Islamic mathematicians such as the ones highlighted above and their numerals into Latin. European mathematicians built on these concepts to devise some primitive algebraic notation. 15th Century French mathematicians, Nicolas Chuquet wrote the equation as . At the time, this equation was considered impossible to solve it involves an imaginary root. Imaginary numbers were only considered seriously in the late 16th century.

The first appearance of modern symbolic algebra as we know today can be attributed to Francois Viete in his “in arten analystican isagoge” or “Introduction to Analytic Art” (1591).

The fundamental theorem of algebra was suggested in 1629 by Albert Girard. The theorem states that for every polynomial equation with degree n with complex number coefficients has n complex roots. This theorem of proved by Carl Friedrich Gauss in 1799.

The field of algebra is incredibly expansive. It would be impossible to cover all the further and ongoing developments in this article. This is especially true post 18th century where advanced algebraic developments started in full force. So I believe that it is best to end here, how basic modern algebra came to be.